The VAPW, an empty shell? 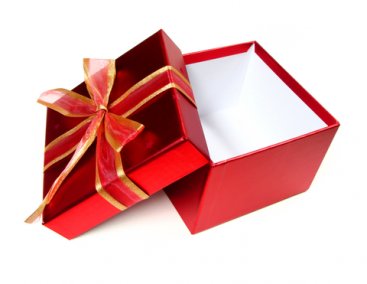 Another new pension vehicle is in the pipeline: this time, to accrue a supplementary pension in the second pillar through an employer. Following the recent introduction of the ‘POZ’, a pension agreement for self-employed persons without a company, the VAPW is in the making through the legislative bill that the government tabled in the Belgian House of Representatives on 31 October.

In this way, the government wants to generalise access further to the 2nd pillar. But since the introduction and financing of the VAPW is entirely at the expense of the wage earner, the Academic Council of Pensions refers to an individualisation of the 2nd pillar, which belongs rather in the sphere of the 3rd pillar based on individual initiative. It therefore chooses to make the 2nd pillar compulsory in sectors/companies with no provision for supplementary pension accrual.

As mentioned, the initiative to conclude such a contract lies entirely with the employee. Within statutory limits, the employee determines the premium amount and chooses the insurer to perform the contract. The employer is legally obliged to deduct the chosen premium from the employee’s net salary and transfer it to the chosen insurer.

For tax purposes, a VAPW is treated in the same way as a personal contribution to a group pension plan: 4.4% tax on the premiums, 30% of the premium as tax relief, and 10% final tax on settlement at retirement age.

Even so, determining the possible, limited premiums is rather complex. The maximum premium is capped at 3% of the reference salary, subject to a minimum of €1,600.00. The reference salary is the gross annual remuneration for the two previous calendar years, and the premium thus calculated must be reduced by the increase in pension entitlements from the 2nd pillar in the previous calendar year. In practice, therefore, little or no margin will remain if there is already a group pension plan through the employer.

The possibilities of the VAPW are thus rather limited to companies and sectors where no supplementary pension plans exist. In most cases, general salaries and employment conditions are therefore limited and it is likely, in those circumstances, that few employees will be interested in additional, personal pension contributions in a complex system through the employer, which is moreover less attractive from a tax perspective than traditional pension savings.

It is also likely that employers will not be willing to take on this additional and individual administration. To avoid this, additional group pension plans may be concluded. This would then contribute, via a detour, to the desired generalisation of the second pillar...

As an independent consultant in extra-legal pensions, we like to inform you of the novelties in this fascinating matter.
We serve you the latest headlines via this electronic newsletter.

The influence of career breaks on group insurance

The New Way of Working, legislation on workplace accidents is also evolving.