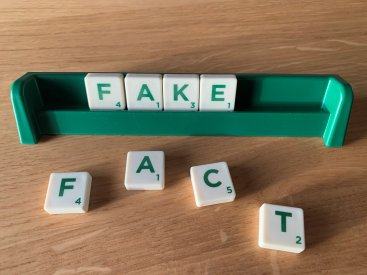 The study of the Belgian Financial Services and Markets Authority (FSMA) relates to Defined Benefit pension plans and not Defined Contribution plans. But since De Standaard’s article did not distinguish at all between DB and DC plans, uninformed readers were led to believe that over 60% of supplementary pensions would not be financed or paid.

Now, either the journalist doesn’t have a good grasp of the subject, or they were being extremely biased with ulterior motives (perhaps to cast supplementary pensions in a bad light compared to statutory pensions). Whatever the reason, this is unworthy of what is supposedly a quality newspaper...

More specifically, what is the FSMA study about?

Naturally, the employer must finance the supplementary pensions and the minimum reserve corresponds to the current value of the acquired capital at 65 years with a maximum interest rate of 6% (plus mortality risks, which we leave aside here for simplicity’s sake). If the person in the example is 50 years old, the minimum acquired reserve is then equal to €37,500 x (1/1.06)^15 = €15,647.44.

If the actual return on reserves were 6%, this reserve would increase to €37,500 by age 65. As insurers’ returns are much lower than 6% today (around 2%), this reserve cannot finance the acquired capital of 37,500. Here, the employer will have to adjust the difference between the assumed 6% and the actual return each year to fulfil its commitment of €37,500 at age 65. As long as the employer exists, it will therefore also finance any shortfall. It is only if the employer disappears (through bankruptcy or otherwise) that no one is left to make up this shortfall on the returns and the employee will have a shortfall on their vested benefits at age 65.

Often, the employer arranges minimum financing for these plans through the insurer (based on an assumed interest rate of 6%) but makes additional provisions on the balance sheet (legally required for listed companies according to IAS accounting standards) to pre-finance this interest shortfall. Yet the FSMA study considers additional provisions only if they have actually been paid to the insurer.

To summarise, there is a potential problem with a DB plan, for which minimum financing has been arranged through the insurer, only where no additional provisions have been created, and the employer is declared bankrupt (if there is a sale, merger or acquisition, a new employer takes over obligations). Knowing that the number of DB plans has decreased sharply in favour of DC plans, and represents only around 10% of all plans, the potential risk is far smaller than the article suggests. The FSMA study found only 18% of DB plans were legally underfunded but still had a funding level of at least 95%. So the headline of De Standaard is fake news!

In DC plans (where the contribution is fixed as a percentage of the salary), the minimum employer guarantee applies (3.75%/3.25% until 2015 and 1.75% from 2016). At present, the differences between the minimum employer guarantees and the returns granted by most insurers are quite limited and employers may also have financing funds through insurers or internal provisions to make up these shortfalls.

Coincidentally, another biased article about this minimum employer’s guarantee of 1.75% appeared in De Standaard on 19 February.

Assuralia, the association of insurers, states in its annual report that it is difficult for insurers to achieve this employer’s guarantee of 1.75% because of current low interest rates on government bonds, and that the difference/deficit is likely to increase, leading to more costs for employers. To avoid this, an adjustment of the minimum employer’s guarantee of 1.75% could be considered. De Standaard argues it would then be better to discontinue supplementary pension plans if granted returns were lower than inflation.

Pensions, both statutory and supplementary, are a major item on the agenda in Belgium. Although opinions and views differ, a well-developed pension plan relies on strong, adequately funded and affordable pillars. Statutory and supplementary pensions should complement and reinforce each other in this respect. After all, this complex effect serves to protect our retirement income and is not helped by populist or simplistic comments.

As an independent consultant in extra-legal pensions, we like to inform you of the novelties in this fascinating matter.
We serve you the latest headlines via this electronic newsletter.

The influence of career breaks on group insurance